AZBD Note: When Barry Hussien Sotero signed an executive order to null our immigration laws the Communists said it was legal. Now IF President Trump declares a National Emergency and uses military funds to defend the country (something clearly legal and within the Presidents powers) they will claim its not legal. With a 2016 budget of $600+ BILLION It’s not like the Pentagon doesn’t have the funds to actually defend our own country for once. If the Communists and their buddies the NeoCons want to complain about the money we could stop defending a 3rd world shit hole to pay for it. 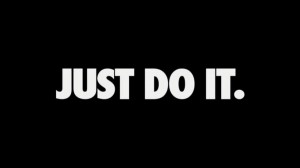 President Donald Trump said he was willing to declare a state of emergency on Friday, in order to build a wall on the Southern border.

“Absolutely, we can call a national emergency,” Trump said when asked about the idea by a reporter. “I haven’t done it. I may do it. I may do it.”
The president spoke to reporters in the Rose Garden on Friday at the White House after meeting with Congressional leaders for more than two hours to try to make a deal.