Sen. Rubio, ‘You Know Nothing About Our Border’: Arizona Sheriff Hammers Immigration Bill Supporters and Offers Revealing Picture of the Border 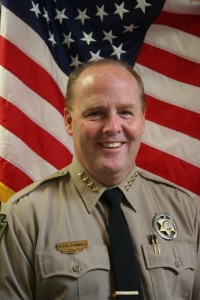 SIERRA VISTA, Arizona — Cochise County Sheriff Mark Dannels doesn’t mince words. He’s angry that local law enforcement and the citizens who call the Southwest border home have been left out of the decision making process when it comes to security and immigration reform.

Dannels has lived along the border since 1984. He remembers when the dangers from smugglers circumventing the rocky, mountainous terrain were few and far between. Now, he says, a different breed of narcotics traffickers has amassed weapons, technology and small armies of death; threatening not only the stability of Mexico but U.S. national security as well. He works closely with DEA, FBI, U.S. Customs and Border Patrol and Immigration and Customs Enforcement but the system is not perfect.

Sitting at a local eatery under the shadow of the Huachuca Mountains, he questioned how much time, if any, the law makers who drafted SB 774 –  known as the ”Gang of Eight” bill — had actually spent on the border. Dannels, along with residents living on the Southwest border and local senior law enforcement officials told TheBlaze on a recent trip to Arizona that they were left out of the decision making process on border security.  They say the Gang of Eight bill just isn’t good enough when it comes to addressing the complex security issues they deal with every day.