Armed Convoy Of Cartel Members Attempted To Take Over A Mexican Town, 22 Killed 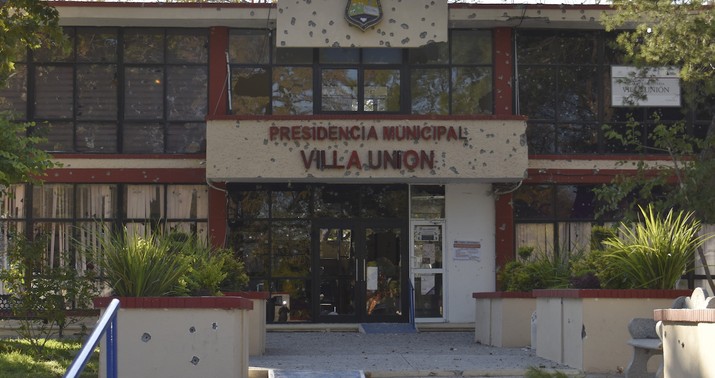 Villa Union is a small town of about 6,000 in Mexico which is located 25 miles from the Texas border. Over the weekend, a convoy of trucks, some with .50 caliber machine guns mounted in the back, invaded the town and engaged in a shootout with police that lasted an hour. The death toll from the attack stands at 22 people. Sixteen of those were cartel members, two were civilians, and four were police. Miguel Angel Riquelme Solis, the Governor of the Mexican state of Coahuila, said Cartel del Noreste made frequent attempts to enter the region:

“Organized crime, specifically the Cartel del Noreste, tries to get into Coahuila every day at some point, in one of its areas,” he said, adding, “Today they got in by force and with a contingent that is not like anything we have seen in a long time.”

But “we won’t allow organized crime to come to the area,” he said.

“Many years ago they came in with impunity,” Solis said. “They came into our cities and municipalities and nothing happened. Not nowadays. This was a forceful response.”

Local residents captured video of the convoy entering the town: “These are not common civilians, it is terrorism and as such should be treated…”