AZBD Note: With public opinion strongly on the side of securing the border the American people are making it known they want the border secured. Unfortunately we cannot trust either political party to do the right thing because they are both run by globalists. The Republicans have the advantage here because some of them are still fighting to save America. But the Republican party leadership will find a way to throw this advantage away and help the Democrats destroy America. 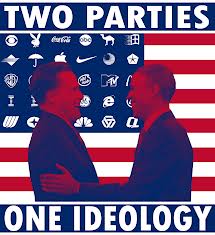 A new AP-GfK polls is all around bad news for President Obama, Democrats, and a mainstream media determined to push his amnesty agenda. Not only is public approval souring towards Obama’s handling of the issue and the idea of a path to citizenship for illegals and the policy of offering asylum for this wave of Central American children, a plurality now see the Republican Party as better able to handle the issue of immigration.

When asked about the President’s handling of the immigration issue, only 31% said they approve while a whopping 68% disapprove. That’s a 14 point shift against the president since the middle of May, when he sat at 38% approve, 60% disapprove.