Border Patrol morale dips: ‘Why even worry about it?’ Blame yourself America. 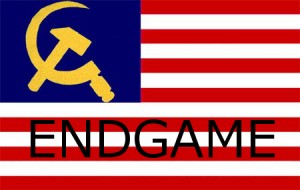 AZBD Note: America do not blame the brave men and women of the U.S. Border Patrol for giving up. Blame yourself. Your decades of inaction is to blame for this problem. While your country was being over-run you were busy watching American Idol and not giving a damn about what’s going on around you. You were so busy with constant bread and circus that many of you couldn’t even be bothered to take a few hours every two years to figure out who to vote for. Those of you who did vote were easily fooled with false promises of “hope and change” and others of you were fooled with idiotic slogans of “build the dang fence” when you should of known they never had any intention of building the damn fence. You can name who got kicked off the damn island but you don’t even know who your state representatives are and what laws they have been passing that you must live under. Well now the globalist puppet Barry Hussien Sotero is about ready to completely unlawfully declare amnesty for millions of illegal aliens and give them the right to vote. Once that happens even if you do wake the hell up your vote won’t matter anymore (if it even matters now). People who come from the third world who do not respect the rule of law don’t care about freedom. They want free stuff. They want the government to rob Peter to pay Juan. You are being destroyed America. “The only thing necessary for the triumph of evil is for good men to do nothing.”

NEW YORK –U.S. Border Patrol morale is “dipping,” according to a veteran agent, as he and his colleagues feel hamstrung by fear of prosecution if they accidentally harm illegal aliens who now have even more motivation to flee because they believe they will receive amnesty.

“With all the talk of comprehensive immigration reform and amnesty coming from Washington, so many people illegally crossing the border have it in their minds that ‘I need to get away,’ and whoever is standing in their way is going to suffer their wrath,” said Chris Cabrera, a Border Patrol agent for nearly 13 years and a vice president in the National Border Patrol Council Local 3307.

In an interview Tuesday with WND, Cabrera explained that if a person crossing the border illegally believes he will receive amnesty if he gets away from the Border Patrol, he will take extreme measures.