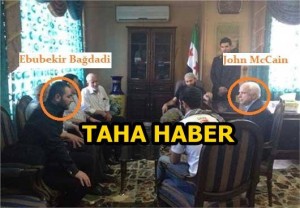 “The FBI director previously said…that there were people from terrorist countries who were assuming Hispanic names, and learning a few words of Spanish, and coming in,” Gohmert said. “The FBI director himself testified to that before Congress. So we know that this kind of thing has been going on–Governor Perry isn’t saying anything that’s new, it just takes a little while for the mainstream to catch up.”