AZBD Note: We have been warning you of this for years. You cannot flood a country with illegal aliens who don’t care about your country and expect them to respect your laws, customs, traditions or rights. Now Dictator Obama has illegally given illegals amnesty by simply saying so. What did the opposition party (Republicans) do? Did they impeach Obama like they should have? No. Did they try to fight it? No. Instead, they funded it. And they still somehow expect you to think there is a real true political opposition party.

There is no use in continuing to explain why gun control is a massive failure. Instead there is only one thing left to say. 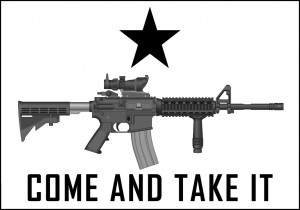 Survey results made public Wednesday by Pew Research Center show public support for protecting gun rights on the rise across all demographics except for two notable categories, “liberal Democrats” and “Hispanics.” Significantly, the latest numbers also show the most dramatic increase in support for gun rights over gun control among African Americans, who registered a 25 percent gain to a majority position of acknowledging guns protect more than they put people at risk.