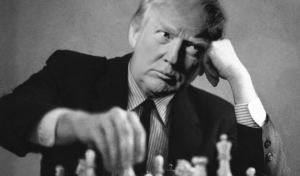 AZBD Note: Like the ad says President Trump, Just Do It.

President Donald Trump said Friday that he’s considering using military resources to finish construction of his long-promised border wall instead of relying on Congress to fund the project through the Homeland Security Department’s budget.

He also wouldn’t eliminate the possibility of a government shutdown if Democrats continue to confound his efforts to appropriate money for the project on the U.S.-Mexico border.

‘We have two options,’ he told DailyMail.com aboard Air Force One as he flew from Billings, Montana to Fargo, North Dakota. ‘We have military, we have homeland security.’