US Customs and Border Protection chopper downed by gunfire from Mexico 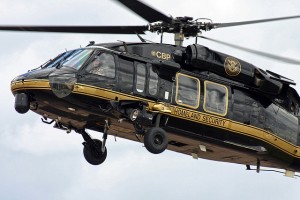 Breitbart Texas has learned that a U.S. Customs and Border Protection (CBP) helicopter was shot down or forced to initiate an emergency landing in Laredo, Texas due to receiving gunfire from the Mexican side of the border. The helicopter was interdicting a narcotics load and working alongside agents from the U.S. Border Patrol, who operate under the umbrella of the CBP. The helicopter was operating in the Laredo Sector of Texas, immediately across the border from the Los Zetas cartel headquarters of Nuevo Laredo, Mexico.

The helicopter was in U.S. airspace and participating in the interdiction of a narcotics load coming from Mexico into the United States.